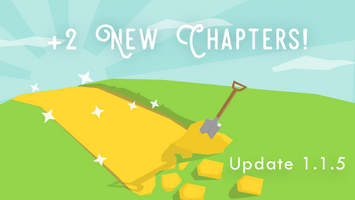 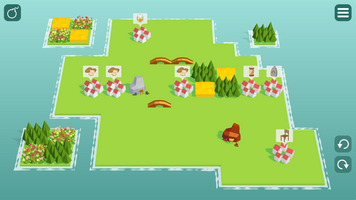 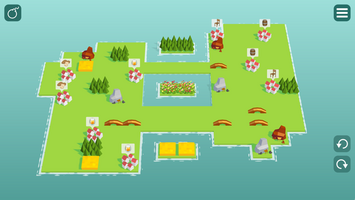 ... being a solo (and for the past 3 years until recently, part-time) dev, managing all the aspects of making and releasing games feels like slow motion sometimes...

Puzzle Pelago is finally for sale on itch.io, right alongside the release of 19 new levels with version 1.1.5!

That brings Puzzle Pelago up to 120 levels, ranging from "that was easy" to "oh my god, what am I missing?!" :P

What is Puzzle Pelago?

Well, it's like a drag & drop ware chain building puzzle, where you try to produce the goods the islanders need right next to their houses, without crossing any paths in the process.

In June 2018, i first released an early alpha version of Puzzle Pelago here on itch.io. With this being my very first "serious project" (I had done hobby projects and jam games before, but not more), the feedback I got from players on here was very encouraging and valuable!

I went on to release on iPhone (April 4th 2019, same day as Islanders :>) and iPad, Android (November 2019), and Steam (April 2020). Having had only one day per week to work on the game, and doing basically everything except sound and music on my own (including websites, trailers, store page setups etc), every step was a learning experience and took its sweet time. Back then it was recommended to me to not publish to more stores than Steam in order to "maximize momentum". Honestly, I wouldn't have had the time to do it anyway, since my day job was kind of burning me out and releasing for *one* platform was hassle enough. It surprises me every time (including this time around) just how much work releasing is, and how many things you have to manage on top of "making the game" :)

Now I am working on new game prototypes and continue working on Puzzle Pelago - full time! - and thought it would be cool to finally do a full release on itch.io! This time with a proper free demo, wayyyy more polish, support for 4 languages, 120 levels, and lots of great music by Daniele Coppola.

I hope you enjoy Puzzle Pelago as much as I enjoy working on it (and as much as all the other people playing it, from what i heard :P).

If you want to say hi, have questions, feedback, or anything else, feel free to hop by the Puzzle Pelago Discord server. It is relatively quiet right now, but I usually am responding to posts over there, as well as some other folks!

Have a great summer!